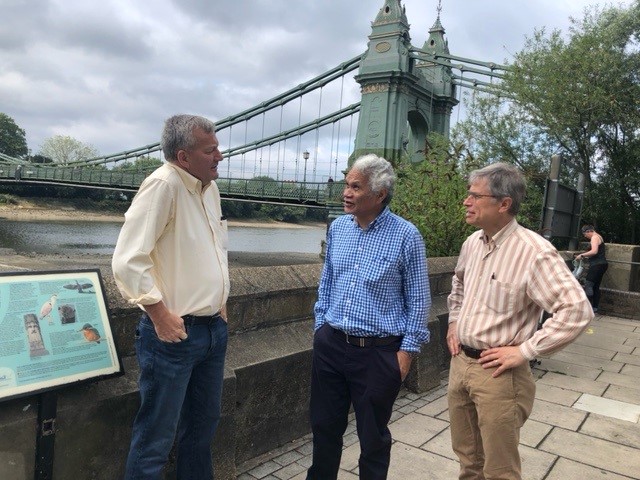 In the settlement reached for TfL last summer, it was stated that TfL would pay one-third of the cost of the repairs and the government would pay one-third, leaving one-third of the costs to be covered by the council. It is estimated that the total cost of repair will be £120m, and including what has been spent to date as well as the next phase, this will leave the council with a total bill of £40m.

The original estimate for this work was £30m but on 6 December 2021, the council approved an alternative plan put forward by the specialist firm of engineers that it has engaged, Mott MacDonald, at a reduced cost of £8.9m. The aim of the next phase of work is to ensure that the bridge can remain open to pedestrians and cyclists permanently. The work is expected to complete in October 2022. The alternative plan was reviewed by Dr. Steve Denton of WSP consultants and he concluded that it was better than the original plan despite the significantly lower cost.

However, until the government accepts that the council has made a good case for the bridge to be repaired, the whole financial burden will continue to fall on the council.

We find the current situation totally unacceptable. In our view, the government is playing politics and is preventing progress from being made on the planning for the complete repair of the bridge. In the meantime, the council cannot access funds from TfL and the government for the next stage of repairs and will have to fund the full £8.9m itself. This is not fair for the residents of Hammersmith and Fulham, and we will be lobbying the government to agree on a way forward with the council as soon as possible.

What do you think? Please complete our survey via this link or the button below: