There are few people in life, outside the immediate circle of friends and family, who truly change the fate of another. Shirley Williams truly changed the course of my life, and undoubtedly for the better. 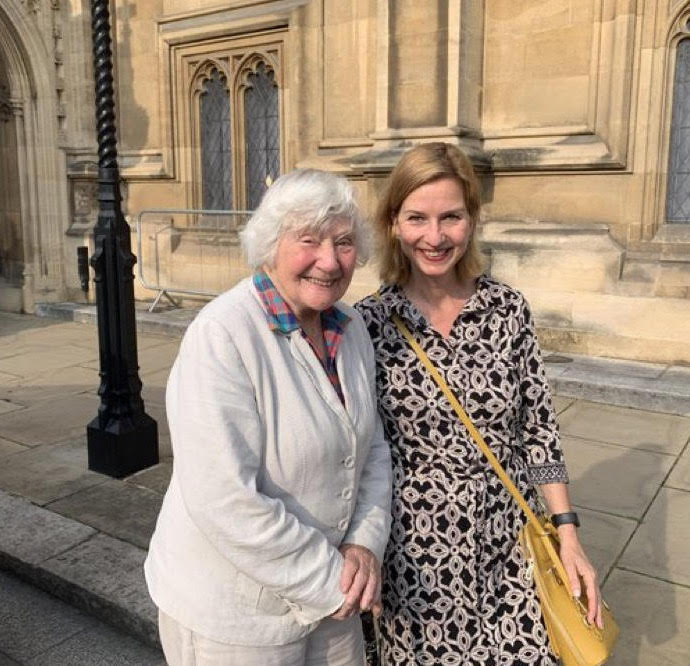 To begin with, I would not have dabbled in politics. As a graduate student at the Harvard Kennedy School, I chose a course entitled ‘How to be a Politician’ based mainly on the intriguing title and because it sounded easier than Microeconomics 101. I didn’t know the professor who taught it, but it turned out she had a British accent, cheeky smile and rather irreverent sense of humour, without ever sliding into the sarcasm I knew from German student activists. Her course was about integrity and resilience, courage and conviction — the attributes that had informed, and continued to inform, her own political career for many decades. Her boundless energy was contagious, and I ended up taking both of her other classes, one entitled ‘Women in Politics’ and the other, slightly more prosaic, ‘European Institutions’. Little did I know how relevant all three would become twenty-five years later.

When I graduated, it was Shirley Williams who suggested I apply for an internship at the European Commission, and who gave me a letter of recommendation. I spent five months in Brussels and became a passionate Europhile.

Two years later, I found myself in London and without a political home. Knowing nothing about the Liberal Democrats — no real equivalent existed or exists in Germany — I just reckoned that a party effectively co-founded by my favourite professor could not be a bad choice.

When I ran for political office, it was always with her image in mind. When I won the European elections, I promised myself to do whatever it takes to uphold her belief in internationalism and European cooperation. Shirley was deeply worried about Brexit and the turn her country was taking. One of her last speeches at the National Liberal Club warned against the perils of unilateralism.

In the summer of 2019, I had a chance to say Thank You. On the way to a meeting, I saw her walking toward the House of Lords where, three years after her official retirement, she was still making her voice heard. I told her I owed her my seat in the European Parliament, and how I remembered every one of her lessons at Harvard from 25 years past. She wished me good luck as an MEP. When on 31 January 2020 I lost my seat, I made another silent promise: to keep fighting for Europe, and for her legacy.

How to be a Politician? For Shirley, above all with integrity, pragmatism, and heart.

Irina is a former MEP from London and current GLA list candidate for the 2021 London elections. She is a German and UK citizen and has lived in London since 1996. She has a Masters in Public Administration from Harvard University and has worked as a competition lawyer for the European Commission, the United Nations and other international organisations. She is also a civil rights activist with a special interest in migration and refugee issues. Follow her on Twitter @IrinaVonWiese.