Traditionally in H&F the battle has solely been between the Conservatives and Labour. Throughout this campaign Labour have consistently said the Lib Dems cannot win seats in H&F. This messaging actually suggests that the opposite is the case: for the first time in recent elections they view the Lib Dems as a real threat in certain wards.

Our values - open, tolerant and united - and our focus on local issues are resonating with voters up and down the country. Since the general election we have been winning seats from both Labour and Tories in local by-elections even in Brexit heartlands. Increasingly voters are looking for a new voice of opposition.

Liberal Democrats in H&F Council will bring a fresh voice as well as a truly centrist, moderate and pragmatic force to the incumbent powers and, more importantly, hold both big parties to account. 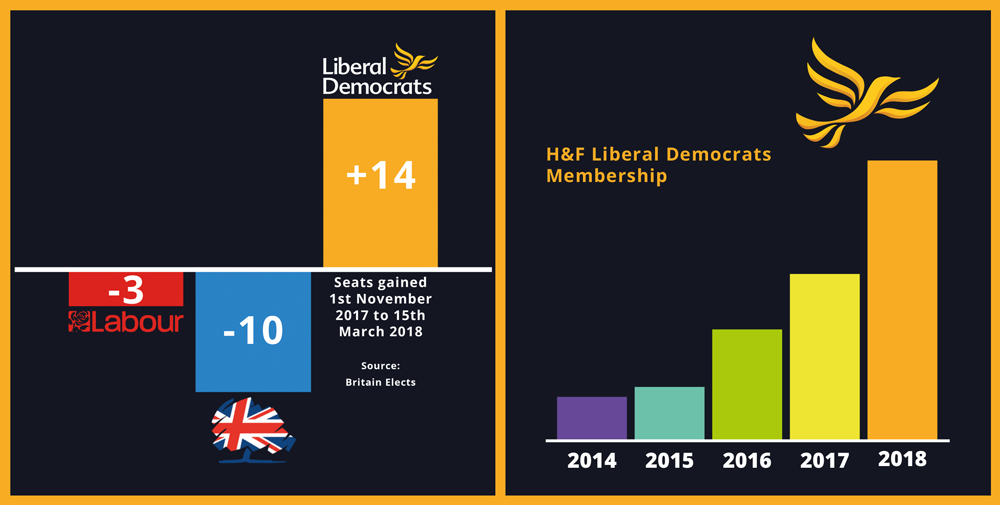