Our new Hammersmith parliamentary candidate, Irina von Wiese, shares her story and explains why Liberal Democrat values are so important to her. 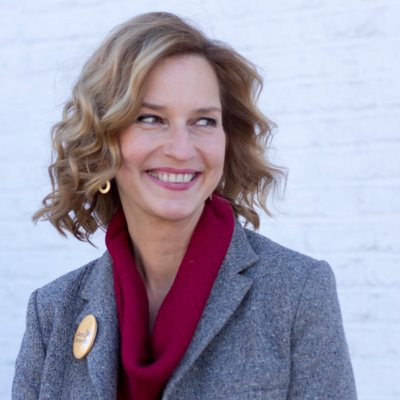 The first name is Russian, the last name is German.My grandmother’s entire family apart from her mother and herself, was killed by the Red Army. She escaped from Tbilissi, in what is now Georgia, and was then still Russia, by the skin of her teeth, to arrive in Weimar Germany in 1923. Her refuge lasted for ten happy years, then she and her own young family were faced with another type of totalitarian oppression. They survived, but the horror of war and hunger left deep physical and mental scars in my mother. My father, whose own family had fled from Eastern Europe, climbed a wall to reach the freedom of West Germany. This is the history of 20th century Europe, reflected in the stories of survivors and the gaping holes left by millions of victims.

So for me, growing up in post-war, cold-war, divided Germany, the European Union has been one thing above all: a guarantor of peace. Free trade, economic and security co-operation were not the end, but the means to strengthen and perpetuate this peace. For millennia, people have known that nothing prevents war as effectively as the interdependence that comes with trade. The freedom to move across national borders is not just about sunny beaches and ski slopes – it is about getting to know people and understand what makes them different, and what makes them the same. It is the antidote to intolerance, radicalisation and extremism. It is also what makes us cherish our own culture and heritage, without the assumption of superiority.

In 1996, I took for granted the chance to move to the UK, work for a British firm, qualify as a Solicitor and settle in London. There, I met a Greek immigrant whose father had survived a German POW camp. Our parents’ and grandparents’ stories stay with us, but our own lives have moved on – juggling careers, social life and family in different countries, we take our freedom for granted. Our daughter considers herself English and shares a classroom with children from all over the world. This April, she’s off to Hamburg for a school exchange, and next summer she and her friends plan to go Interrailing across Europe.

Today, I am a British citizen and a Liberal Democrat parliamentary candidate for Hammersmith, where I have lived for many years. I am also standing for the London Assembly election in 2020, as part of a team as diverse as London itself. I am immensely grateful to this country for the opportunity it has given me, and well aware that not everyone is as fortunate. For the last two years I have shared my home with refugees from across the globe, people like my grandmother who have lost everything and are hoping for a fresh start. I want them to know that they are welcome in London, a city which shares Liberal Democrat values: open, tolerant and inclusive.