There was great relief amongst residents when Hammersmith Bridge was reopened to pedestrians, cyclists and river traffic on 17 July 2021. The closure had separated families, made it exceptionally difficult for children to get to school, and disrupted rowing on the river including the Boat Race. 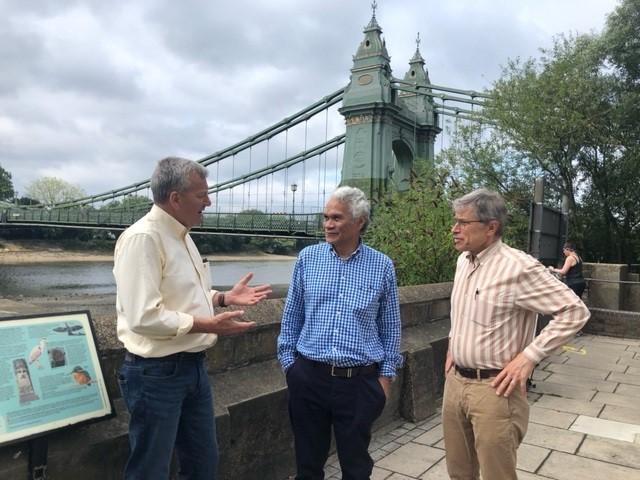 The bridge was reopened with the blessing of the CCSO, the body established to monitor the safety of the bridge, but it stated, “These arrangements are temporary measures and not a substitute for permanent repair.  The application of a permanent solution remains a priority.  Without a funded plan for repair, the limited current use must cease eventually.  It is not acceptable in managing safety risk to rely upon interim measures indefinitely.”

Successive council administrations have neglected the bridge and this led to the need to close it initially to vehicles in April 2019 and then to pedestrians, cyclists, and river traffic in August 2020. The failure to maintain the bridge properly has led to a huge bill falling at the feet of the residents of Hammersmith & Fulham with the council estimating at one point that the total cost of restoring the bridge would be £163m.

The council leader now says that a way has been found to reduce the cost of the initial works from £30m to £6m, which is very welcome, but the second phase of work is still likely to cost tens of millions.  Between 2006 and 2014, the Conservatives controlled the council and only £250,000 was spent on the bridge.  We believe that this reckless neglect led to the ultimate closure of the bridge.

The Liberal Democrats have been following the discussions between the council, the Department of Transport, and TfL closely over the last couple of years.  We would like to know your opinions about the bridge and will be conducting a survey over the next few weeks.

Interestingly, there are many people on the Barnes side of the bridge advocating that the bridge should remain open to pedestrians and cyclists only. Some believe that buses should eventually be added in order to assist children in getting to and from school and to allow the elderly to travel more easily.

What do you think? Please complete the survey via this link or the button below: