Please support our petition of a new quiet cycle way from Hammersmith to Kensington, over Olympia and Holland Park. 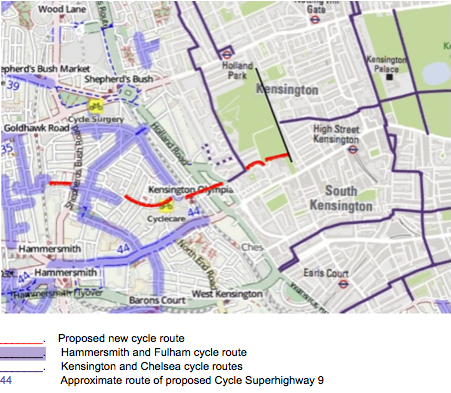 There are at least 12,000 East-West cycle movements a day in west london on main roads in official figures.  At present there are no protected or quiet cycle routes going East - West from Hammersmith to central london, so cyclists are currently on the main roads, exposed to unsafe levels of air pollution and in dangerous traffic.

This proposal would create a new ‘quiet way’ East West, safe and attractive to children and less confident cyclists, in clean air.

It would also create a route for people with luggage and prams to get from one side of Olympia Station to the other, without having to walk a long way round and over a busy main road bridge.

It would mostly join up existing quiet cycle routes.

It would not take road space away from vehicular traffic on main roads.

TFL has launched a consultation for the proposed Cycle Superhighway 9, part of which would be along Hammersmith Road. 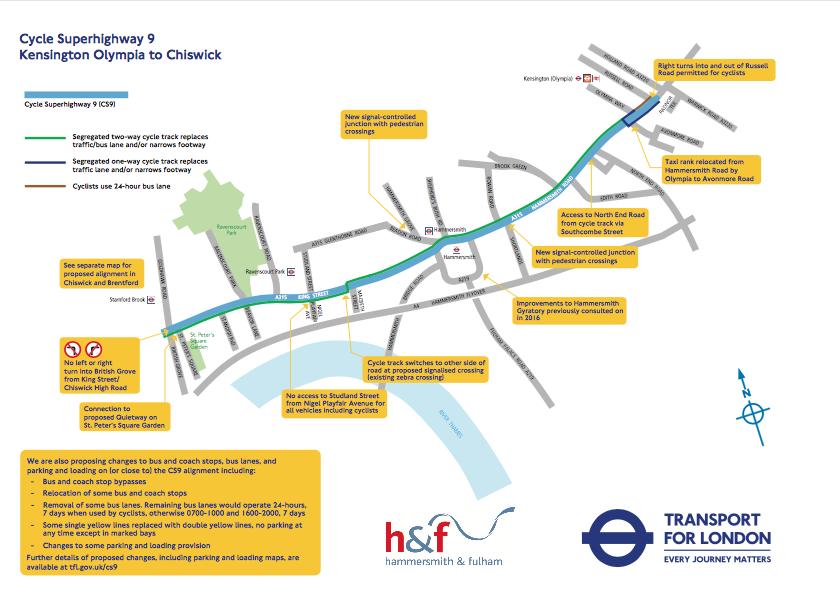 This will stop at Olympia, as marked on the map on the Kensington High Street road bridge over the railway lines at Olympia.  CS9 will likely be a great addition to cycle infrastructure in West London. This proposal is complementary - it will be on less polluted roads, be most useful for cyclists coming from areas North of Kings Street, and connects some of the existing quiet ways in Kensington.